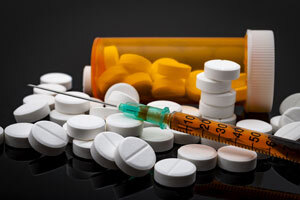 When facing drug possession, sale, or any other drug charge, it is critical to have an experienced Santa Rosa drug charges attorney by your side that you can rely on to protect your legal rights. Individuals who knowingly have illegal controlled drugs in their possession are breaking both state and federal drug possession laws.

Conway Law Attorneys want you to consider the implications of selling drugs and why you need an experienced criminal defense lawyer by your side if you’ve been accused of violating California laws relating to drug possession with the intent to sell.

Methamphetamines, heroin, LSD, cocaine, crack, and marijuana are only a few examples of illegal substances. It is also illegal to possess such controlled substances, such as prescription medications, without a valid prescription.

Unless they have explicit authorization or consent (such as a medical prescription), someone who owns a controlled substance included on the registry of controlled substances violates California drug laws and can be charged with a misdemeanor or felony depending on the circumstances. If you’re arrested for having a large number of narcotic substances, the charges may be upgraded to possession with the intent to sell or another more serious drug crime.

Going To Prison If Convicted Of Drug Possession Or Distribution

Most drug offenses are classified as felonies or misdemeanors. A misdemeanor in California is an offense punishable by less than a year in prison or a $2,000 fine. Felonies have more severe consequences.

What are Drug Diversion Programs and Alternative Sentencing?

California has one of the highest rates of alternative sentencing for drug offenses in the country. Your issue may be referred to a drug court or drug diversion program, where therapy may be an alternative to prison, depending on your circumstances. A drug diversion program could be available to a first-time offender charged with simple drug possession. The drug possession conviction can be erased from your criminal record if you successfully complete the prescribed drug recovery, community work, restitution, and probation.

If you’re facing a drug charge for a marijuana-related offense, don’t underestimate the seriousness of the charges brought against you, or the fines you’ll face if you’re actually convicted. Our Santa Rosa drug charges attorney at Conway Law Trial Attorneys will help you battle these charges, no matter how minor or serious they are, and protect you from negative consequences.

If you’ve been charged with drug possession, your main priority should be to contact our experienced Santa Rosa drug charges attorney at Conway Law Trial Attorneys as soon as possible. We know that you will have several queries for our lawyers so we are here to give you honest answers. Get in touch today to book a consultation.

“I have been working with Andrew Conway for 10 years now. He has a big heart and his commitment to his clients is undeniable.”
— Z. Agil“